“[…] intuitively there is a fear of the spiritual, the cultural, and the political power that these rituals can have. That us coming together and performing libation together – they know that there is power in that act. And so that [sic] if they can make us feel ashamed of that and that there is something wrong with it, they are weakening us and cutting us off from our source of power”

What is African spirituality then?

African spirituality, then, refers to the collection of ways in which African culture and Peoples relate to the Spiritual. It refers to the philosophies and belies behind it as well as the practices and rituals that give expression to that relationship.

The current state of African spirituality

African forms of spirituality are currently not being openly practiced by the majority of Africans either in the continent or among its diaspora (I use the terms African and diaspora in the broadest sense of the words, which includes descendants of the Africans taken from the continent for the purpose of providing free labor under conditions of enslavement). There are deep fear and shame associated with practicing African spirituality, which stops people from embracing it even when they yearn for it. This pushes the practice of African spirituality underground and into the hands of those with the least noble intentions, thus reinforcing the negative stereotypes that have plagued it since the first Europeans set foot on African soil. It also reduces African spirituality to trickery, charlatanism and ‘dark magic’. But African spirituality is, like any other system of spirituality found in other cultures around the world, simply a system of relating to the spirit world for strength, personal power, and healing.

This current state of affairs is a direct result of colonization. Part of the process of colonization was to gain control of people’s minds and cut them off from their source of spiritual solace and power in order to dominate them. There was a deliberate campaign to denigrate anything African and spirituality was especially targeted. Efforts to demonize, Satanize and associate African spirituality with backwardness created a stigma that prevails until today, alienating us from this important cultural resource. The result of this alienation from our own spiritual traditions on such a mass level is that we are disconnected from who we are and cannot find solutions for our own problems.

Many Africans today who long for spiritual connection but do not embrace the religions brought to us by our oppressors have for a long time felt spiritually disenfranchised. I believe that the time has come for us to remove the barriers that stand between us and our authentic spirituality, for us to openly embrace it and tap into the power that is available to us through it – the power to heal, the power to restore our dignity as a people, the power to create a future for ourselves and for humanity that is beyond anything we can imagine in our current state of spirit.

The fear of African religion must itself be understood as a form of trauma that needs to be healed, as it is the result of sustained violent actions overtime which aimed at disconnecting us from it. The effects of that violence on our Ancestors has been passed on to us both genetically and through socialization and we are still trying to stay safe and be considered good enough people by distancing ourselves from our spiritual traditions. The good news is that many of us are indeed returning to our ancestral spiritual home and, in this way, beginning to heal the personal as well as the collective.

While it is perfectly legitimate for anyone to choose the religion or spiritual practice that best suits them, it is also important that, if we feel the call of our own roots, we are not deterred from it by the heavy stigma that shrouds it and go for something that is second best and unsatisfying just because it is accepted by society.

This message is only visible to admins:
Problem displaying Facebook posts. 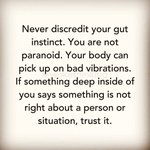 Who defines you? I hope you answered 'I do' because that's the right answer😁. Today I am allowing the bossy therapist in me to speak because, sometimes, we need to tell it like it is. Don't let anyone or anything outside of yourself define you. Be the captain of your own ship✊🏿 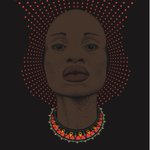